The Race
The 2nd Annual  Hurt’n Bear Trail Race will showcase some of the amazing routes that make up the extensive trail system at the Pidherny Recreation Site – a 620-hectare recreational gem nestled within city limits above North Nechako Drive.

The area is managed by the Prince George Cycling Club, through an agreement with Recreation Sites and Trails BC. The Road Runners are grateful to PGCC’s Mountain Bike Association for allowing us to host the Hurt’n Bear at Pidherny.

Our goal is to highlight the trails unique to the eskers and glacial kettles that have shaped this beautiful spot along the Nechako River.

For decades, this growing network of trails has been a labour of love for a few dedicated souls and has opened the area to mountain biking, walking, hiking, running, snowshoeing, and skiing.

The Hurt’n Bear’s Hagen Half is meant, in small part, to say thank you to two of those individuals – Barry and Thelma Hagen.  The Hagens are the literal ‘trailblazers’ behind some of the most beloved single track trails in Prince George.  From the alphabet trails at Otway (AC/DC thru to the soon-to-be Mocha) to the newly-opened Park Avenue, Shady Lane, and Tool Circuit (Chainsaw, Pulaski, and Screefer) at Pidherny, the Hagens have quietly dedicated countless hours to enriching the fabric of this community.  It’s a legacy that’s taken more than 25-years to painstakingly plot and carve; and one PGRR hopes to shine a light on by taking runners on some of the Hagens’ Pidherny routes.

Route Description
The Hurt’n Bear will feature 5km and 10km distances, and the Hagen Half marathon.  The start and finish lines will be at the Upper Pidherny parking lot off Foothills Boulevard.

All runners will head into the trail network on the Ridge Trail –  a wide, single-track route.

The 5km loop
The turnaround point will be at the 2.5km mark on the Ridge Trail, runners will head back to the Zen bridge where they will return to the finish line on the New Access Trail/Upper Papa Woods.

The 10km loop
Runners will head out for 2.5km on the Ridge Trail, where they will be directed onto Northern Lights for a couple of climbs along the eskers ridgeline – the view is worth it!  Just shy of 5km, runners will hit the Pidherny Forest Service Road for a 2km stretch before heading back into the trails via a climb up Honeyshuttle.  From there, runners return along the Ridge Trail to the Zen Bridge where they will be directed down to the New Access Trail/Upper Papa Woods to the finish line.

The Hagen Half
Runners will head out for 2.5km on the Ridge Trail, where they will be directed onto Northern Lights, down Sally Housecoat and through Lazy Susan.  Participants will then take the Pidherny Forest Service Road for a 1km stretch before heading back into the trail system to climb Honeyshuttle.  Hagen Halfers will take the Ridge Trail back to the Zen Bridge, where they will be directed down New Access Trail/Upper Papa Woods to Valve Job.  Runners will take Valve Job down to run a lower loop of just some of the trails built by the Hagens.  At this point in early April, it looks like the route will consist of Screefer, Pulaski, and Chainsaw before returning up Valve Job to the finish line.  Route will be finalized, depending on conditions, by mid-May. 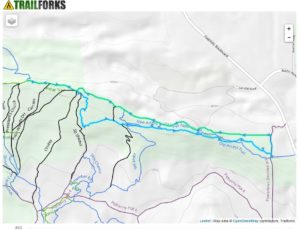 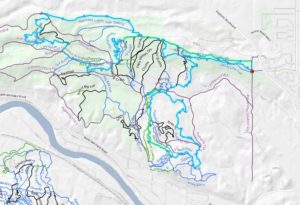 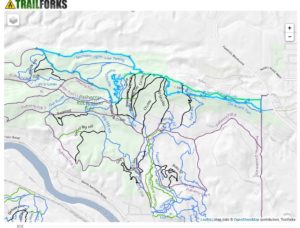 The seeds for the Hurt’n Bear Trail Race were planted in the summer of 2017 when a group of friends started running at Pidherny, marvelling at the beauty, and talking about ways to respectfully ‘share’ our find with others.  We hope you enjoy this race!

Heartfelt thanks to our Title Sponsor, IRL Supplies Ltd., for the generous support that has made the Hurt’N Bear a reality.  As well as Team Powerhouse Realty, Prince George Portable Toilet Services, Hart Home Hardware, Save-On Foods Store #968 in the Hart, and Canfor.

Thanks to our Sponsors: